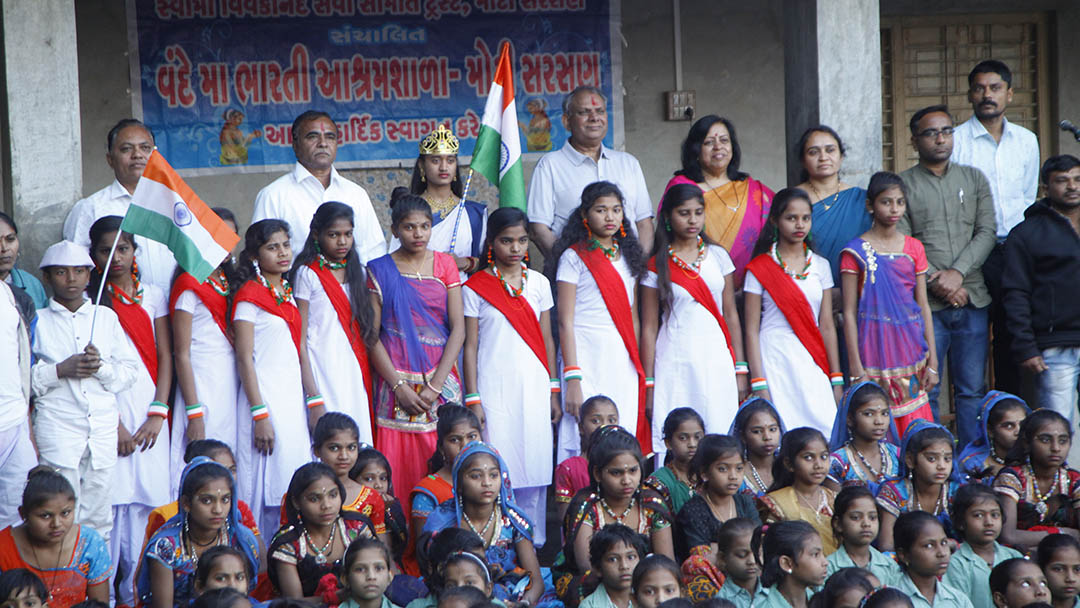 Earlier in 2020, the SAC (Support A Child) team decided to visit SAC hostels in Gujarat. The SAC is supporting six hostels in Mahisagar, Gujarat and three hostels each in Dediapara, Dang and Anjar. Gujarat has a very large tribal and underprivileged population. While urban Gujarat is relatively better served with charitable initiatives, rural Gujarat has a significant greater need. That is one the main reasons behind the major efforts by SAC in these tribal and relatively poorer areas.

Our journey started from the capital Ahmedabad to Santrampura, which is a Tehsil in the Mahisagar district. We traveled 170 km and reached the beautiful remote town of Santrampura. During the route, we took in the beautiful scenery filled with sights of cotton (Kapaas) fillies, white flowers, and dark green branches. The Maahi river keeps this area fertile.

There are 36 districts in Gujarat with 14 out of the 36 districts classified as backward. Mahisagar is also the breeding ground for Christian conversion efforts. This area lies at the border of Banswara, Rajasthan and is the home of the Bheel tribe. They speak a dialect, which is a mixture of Gujarati and Rajasthani language since it is at the border of Rajasthan and Gujarat. A large amount of the labor in Gujarat come from the Bheel community and are popularly called “Mamas”, who have to leave their hometowns and go to all parts of Gujarat for labor jobs. With many of their parents having to travel for work, their children have to face more difficult circumstances. This is where the noble mission of SAC in housing students comes into picture. The local SAC hostels in the area houses close to 800 children (both boys and girls) in three different hostels.

1) Ritimbhara Ashram Shala (located in the Nana Nagvan Village) was established in 2004, providing housing to over 200 girls, and also functioning as the resident school. The students start from the 1st to the 10th grade. Future plans also include is to extend facilities up till 12th grade in coming years.

2) Ramakrishna Ashram Shala (located in the Neemda Muaadi village) was established in 1999, is the home of approximately seventy-five male students as well as seventy-five female students. This hostel also functions as the resident school and most of the students come from the Vaadi community (which is a local underprivileged community). These children are very resourceful and especially are in tune with the local wildlife and environment. This school is also from the 1st grade to 8th grade with a plan to extend to the 12th grade. This hostel is also the training center for area school children.

3) Vande Maa Bharati Ashram Shala was also established in 1999 and houses over 230 boys and 200 girls. The local community is also known for producing many members of the military as well. This hostel caters to over 150 nearby villages, with students coming from over 100 kilometers away.

These hostels function similar to a community Ashram. In each Ashram setting, everyone has an assigned task ranging from cleaning, cooking, laundry, and other basic tasks. Though there are cooks and other domestic help, every resident has duties to perform to assist in the functioning of the ashram. During the daytime, a school runs in the building and in the night, the same facility becomes a dormitory. Twice a year, when the parents come back from their labors, the students get a chance to meet their parents. The Ashram also conducts parent-teacher meetings and counsels them on education, good values and samskaras with an emphasis on eliminating the scourge of drinking alcohol and its effects. Most of the teachers and their families also live in the same ashram, which leads to a deep bond between the teachers and students.

The students follow a strict schedule, getting up at 5:30 am in the morning and go to bed by 10 pm in the evening. The schedule includes personal work, collective cleaning and chores, yoga, sports, schooling, homework, and prayers. Additionally, the students practice the rich traditions of music, dance, and art that are part of the tribal heritage. The students played for us beautiful tribal instruments and performed mesmerizing folk dances.

When we visited, there was a training workshop underway at the Ashram. When we asked the teachers the notable qualities of the students in the ashram, they all said discipline, values, and work ethic of the students from the tribal background were particularly notable. These students do better in studies than their counterparts in regular schools. This ashram has also been winning best school award awarded by the local authorities over the past five years, with all schools run by VHP Bharat unit.

Janki Ashram located in the Dangs area houses approximately 66 girls in the resident hostel. There is also a need to open one more hostel there to meet the burgeoning population. The ashram does not have much land and additional land is needed for expansion. The school is running up to 8th grade, with plans to extend education to the 12th grade. Dang is one of the most backward areas in Gujarat with the Pawar, Bale, Kotiavadi, and Kudabi tribes inhabiting these areas. These members from the tribal background work in sugarcane farms and factories.

The Janki Ashram located in Dediapara is a well-known name in the area. Dediapara is approximately 140 km from Vadodara on the border of Gujarat and Maharashtra. The Vasaava community is the main tribe of this remote backward tehsil in the Narmada District. The drive was beautiful on the bank of Narmada river with hills covered with thick forests. The newly built Statue of Unity on celebrating the Iron man of India and the Sardar Sarovar Dam is nearby as well.

The Janaki Ashram housing 140 girls, who are in the 9th till the 12th grade. There is a government school till the 8th grade, but there was a great need for a local high school. The Ashram was opened in 1998.

The school is also run by VHP Bharat, with the Janaki Ashram school being recognized with numerous awards and honors as the best school in the area. Due to its achievements, many parents want to leave their children at the hostel so that the children can take advantage of the educational opportunities.

We were privileged to witness a great cultural program at the school with hospitality being extended throughout our visit. The Ashram itself has 8 acres of land, with the land being used for agriculture to grow vegetables. All of the students eat fresh organic food. The ashram also has a Gaushala to provide milk and other dairy products. All of the teachers, staff, and students eat the same food prepared. There is also Hanumanji mandir in the Ashram and all of the girls pray there regularly.

Notable mention: I want to particularly mention Varshaben Seth who came from Ahmedabad 32 years ago leaving a very comfortable life and made Dediapara her home. Varshaben Seth has dedicated her life to the upliftment of Dediapara and Dang area. She and her team used to knock on doors and went around the local communities to inspire tribal families to send their girls to school and receive education to empower their lives. Due to the influence of Christian missionaries, the work of the local unit of the Vishwa Hindu Parishad was de facto “banned” in the area. Varshaben with her associate Shri Sonjebhai made a Satsang group, which started going village to village and became involved in local community events. This technique worked very well and they were able to win the confidence of the local families. These efforts came to fruition in 1998 when this hostel was opened. 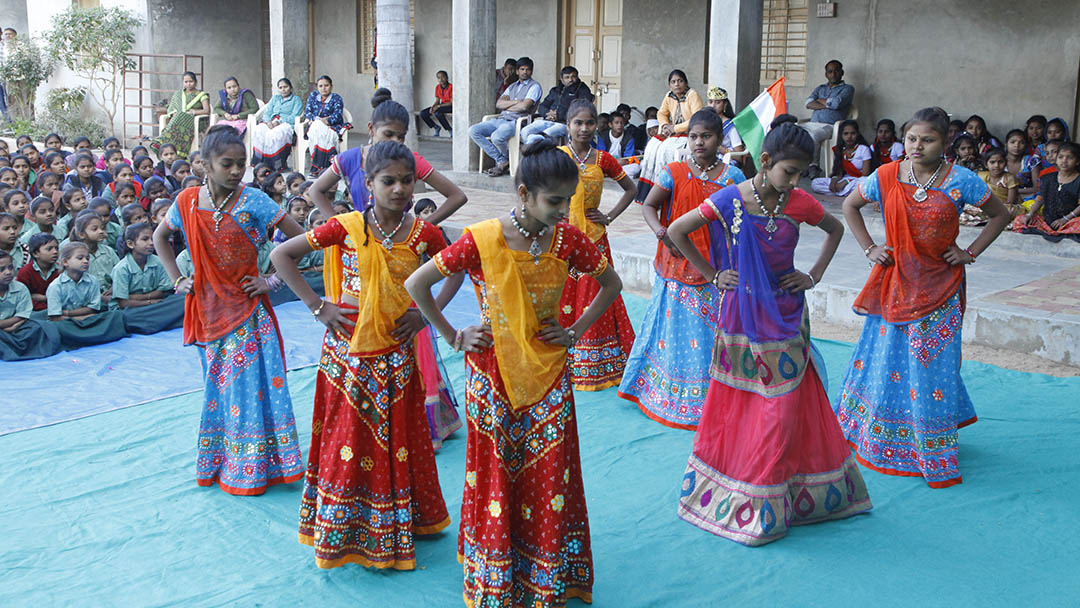 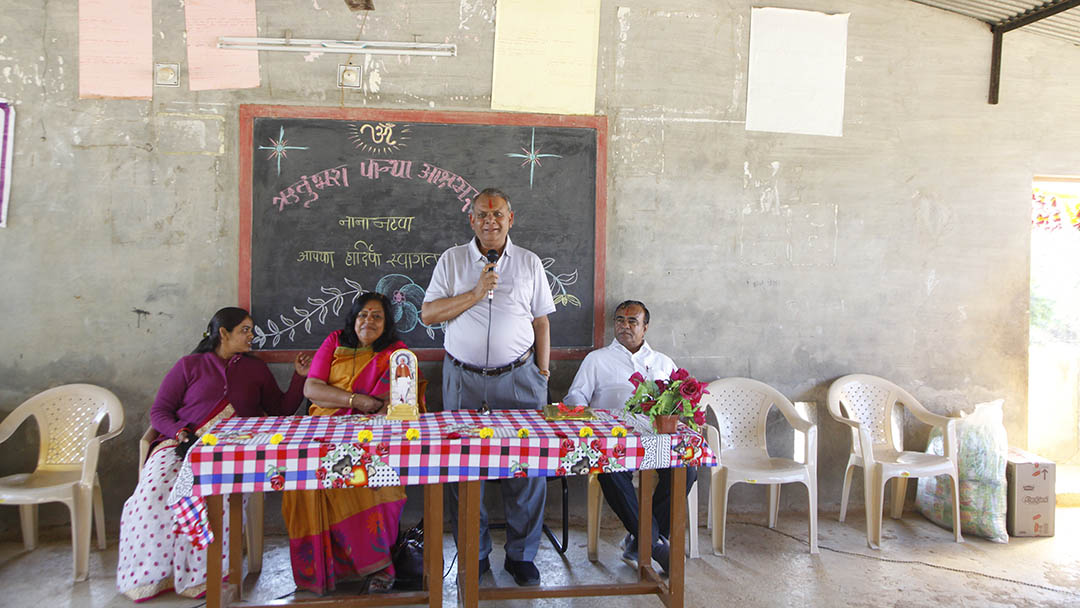 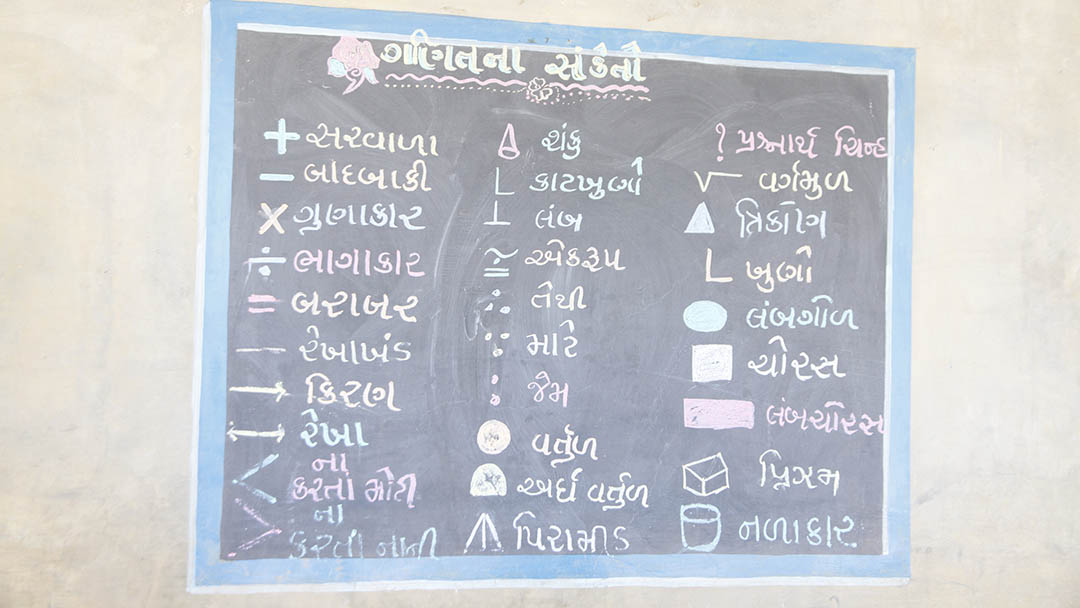 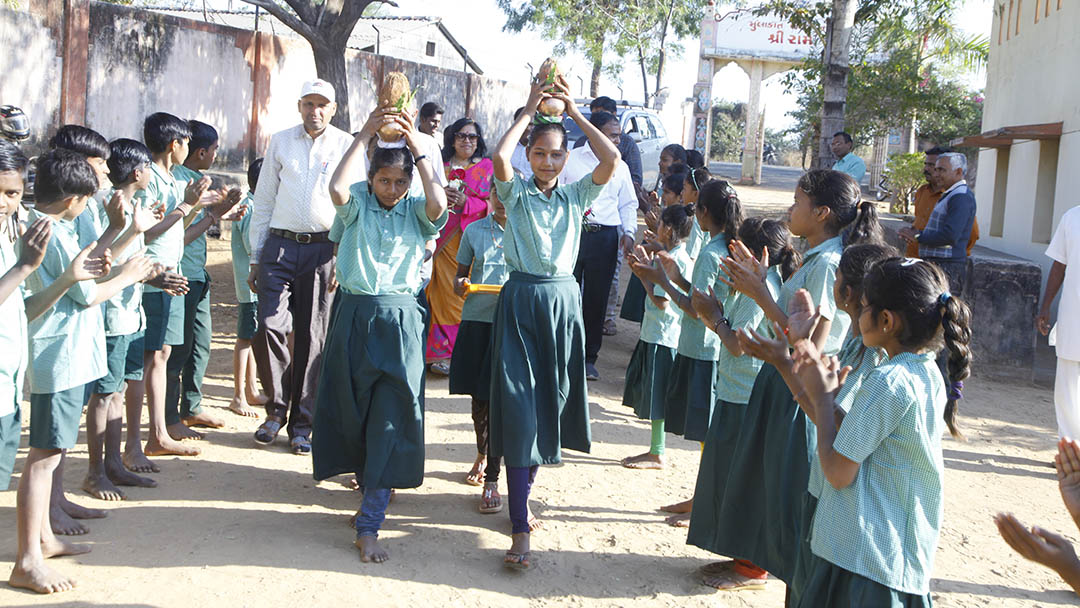 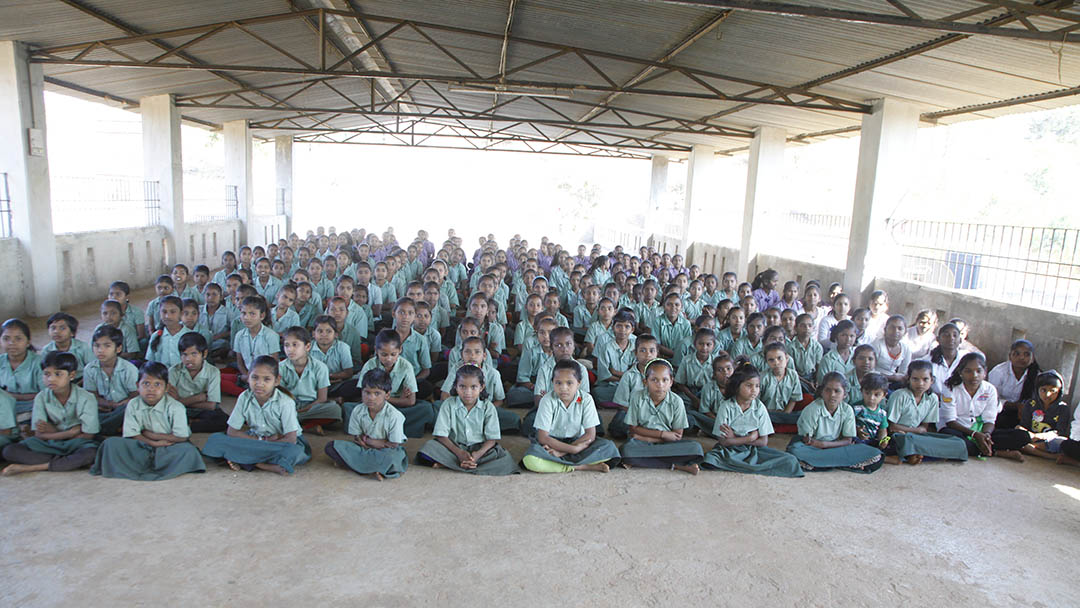 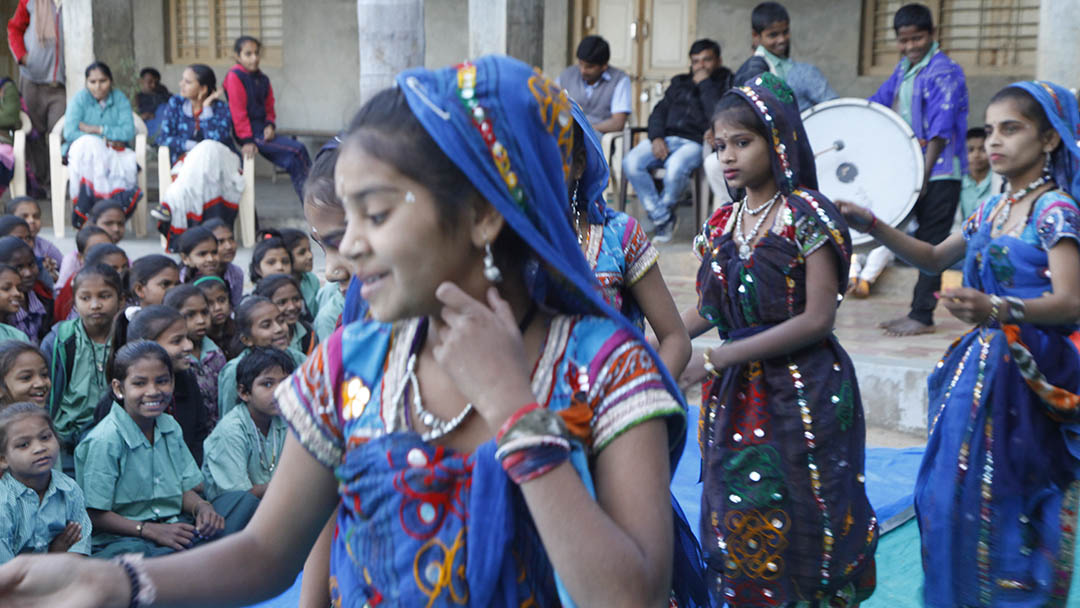 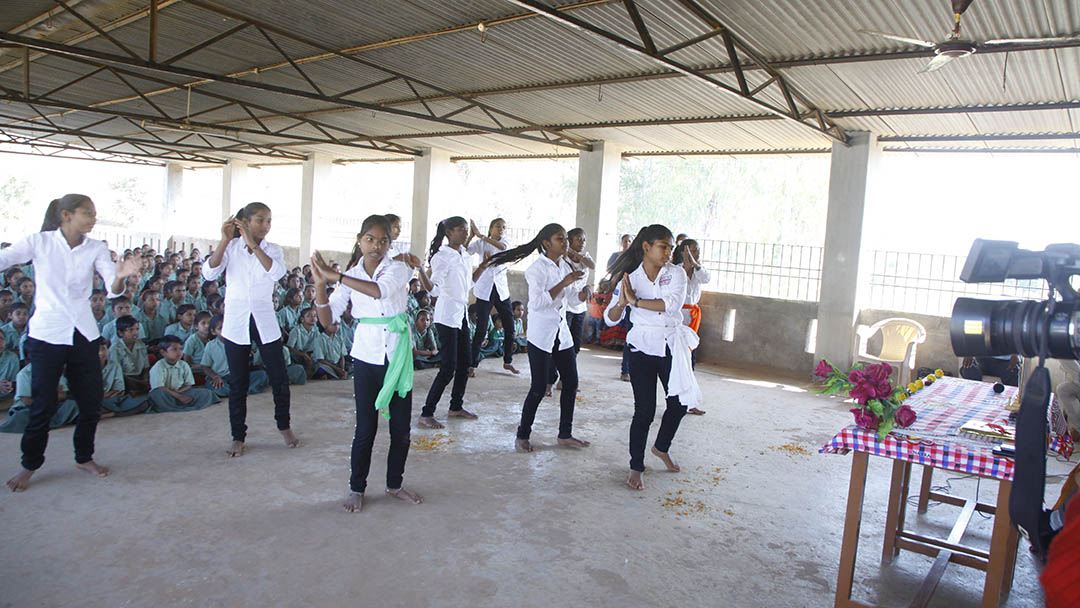 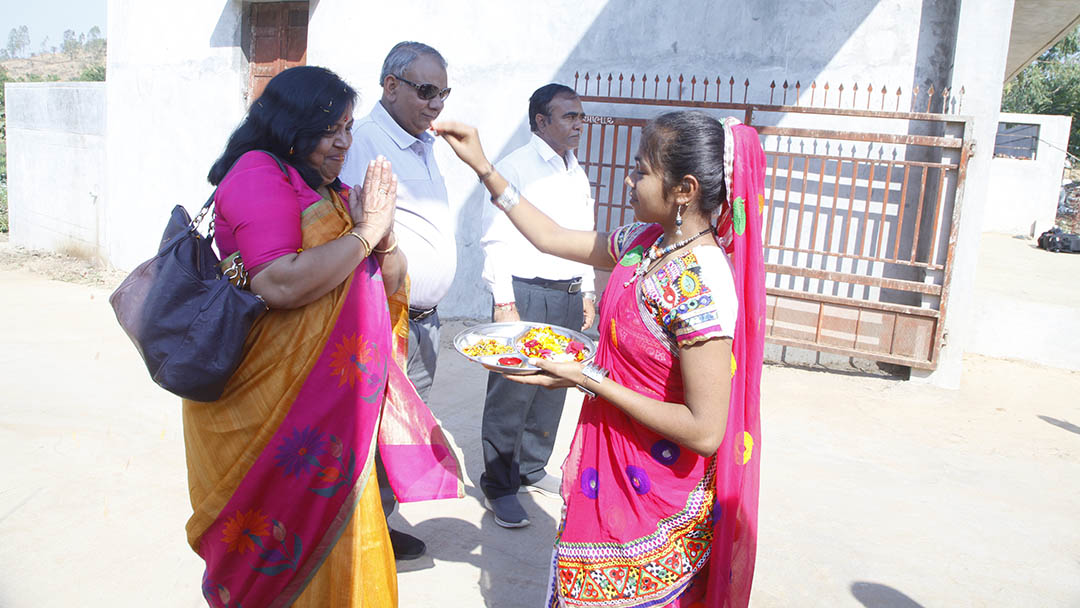 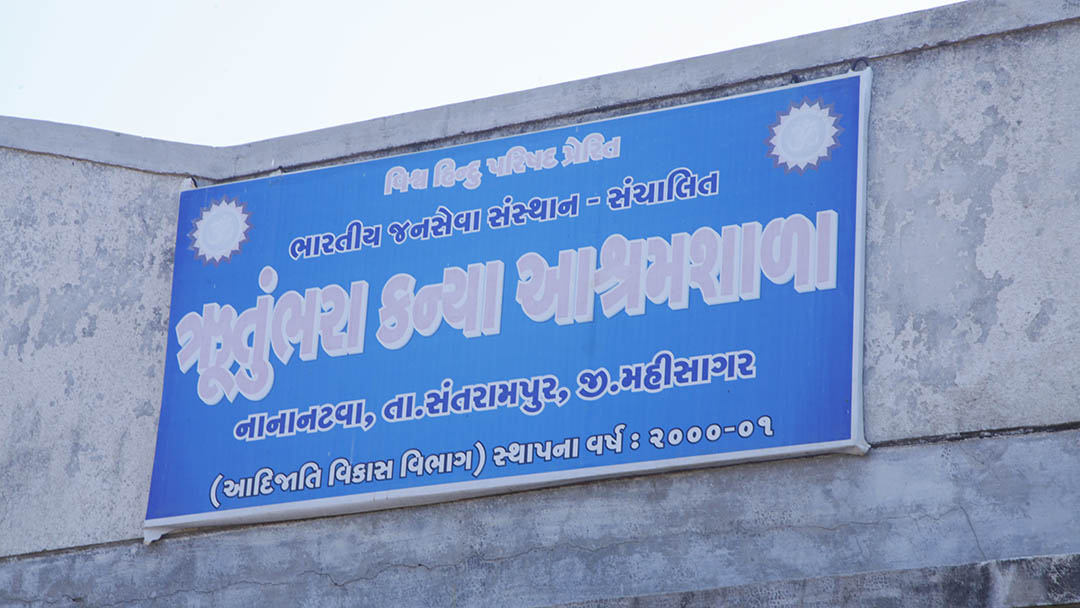 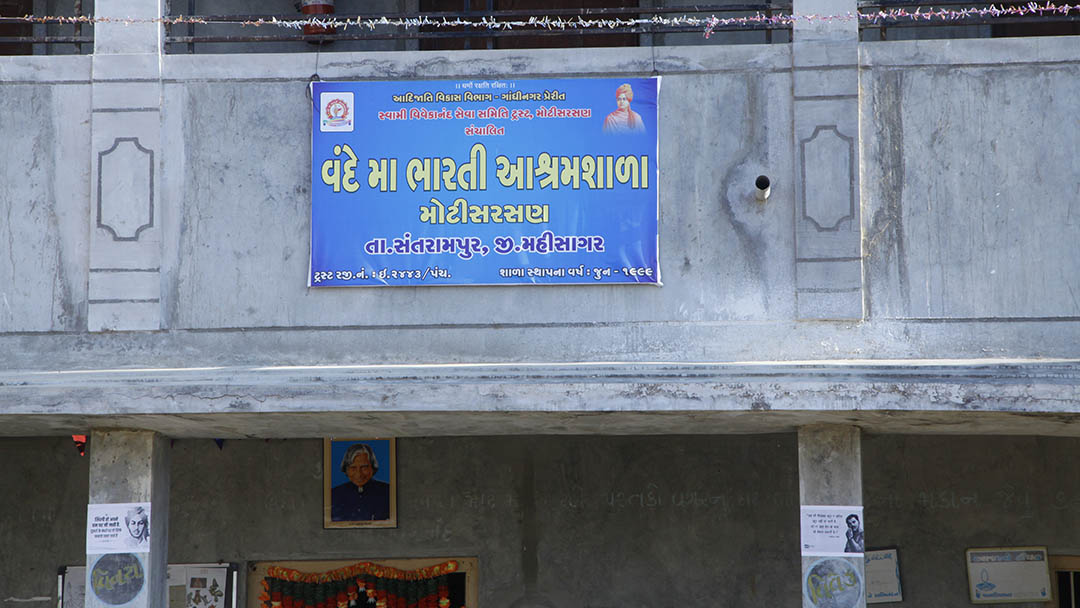 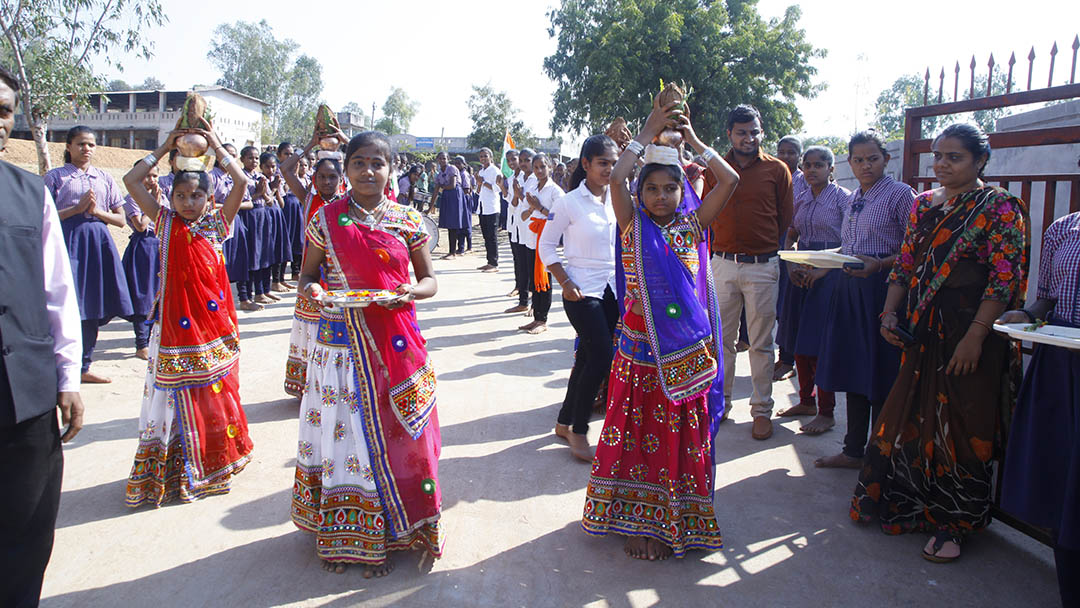 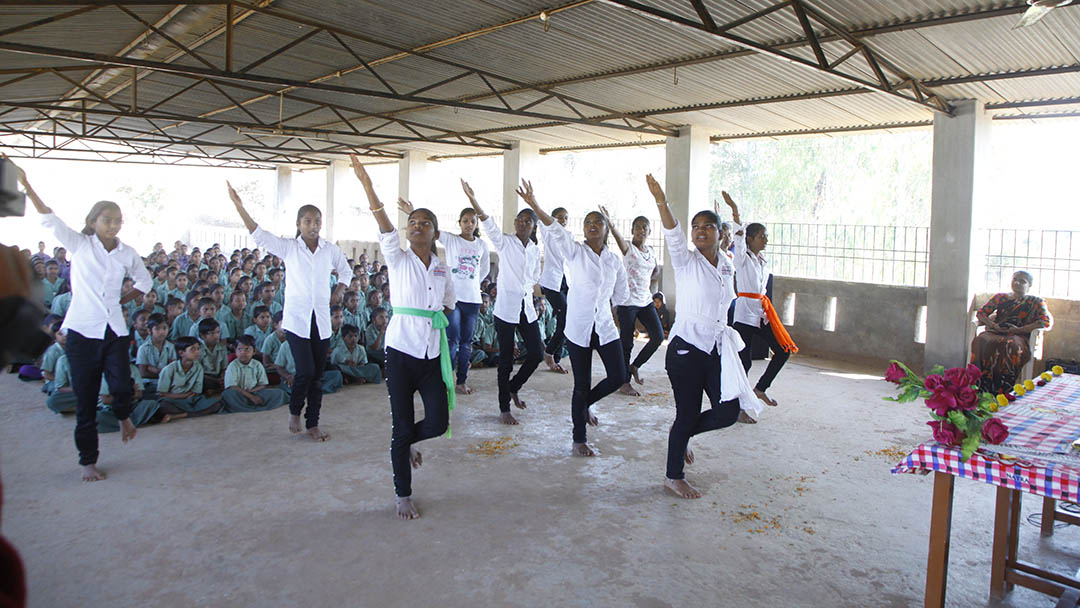 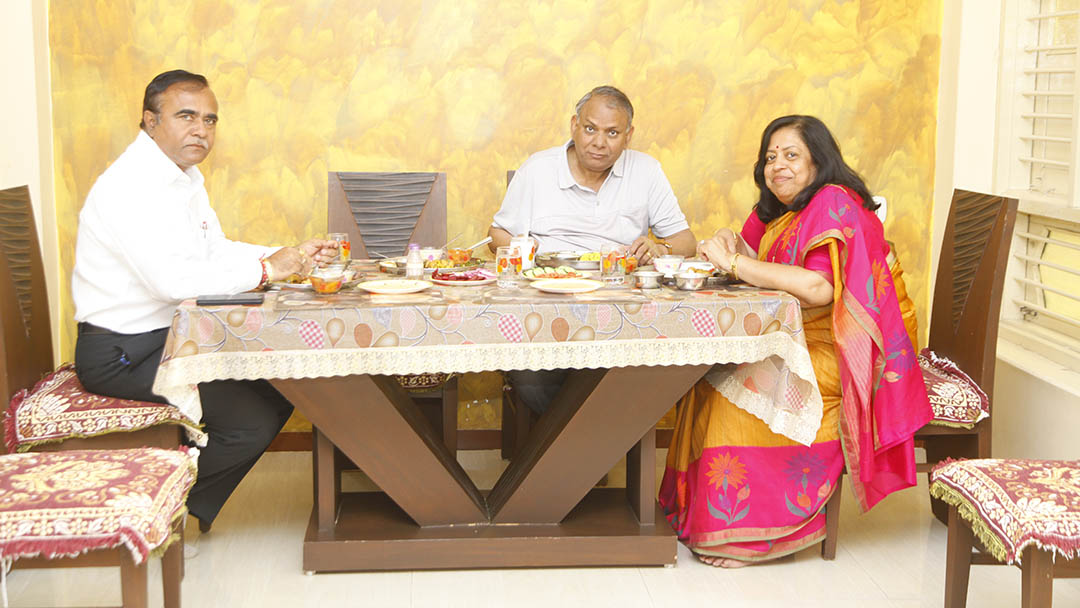 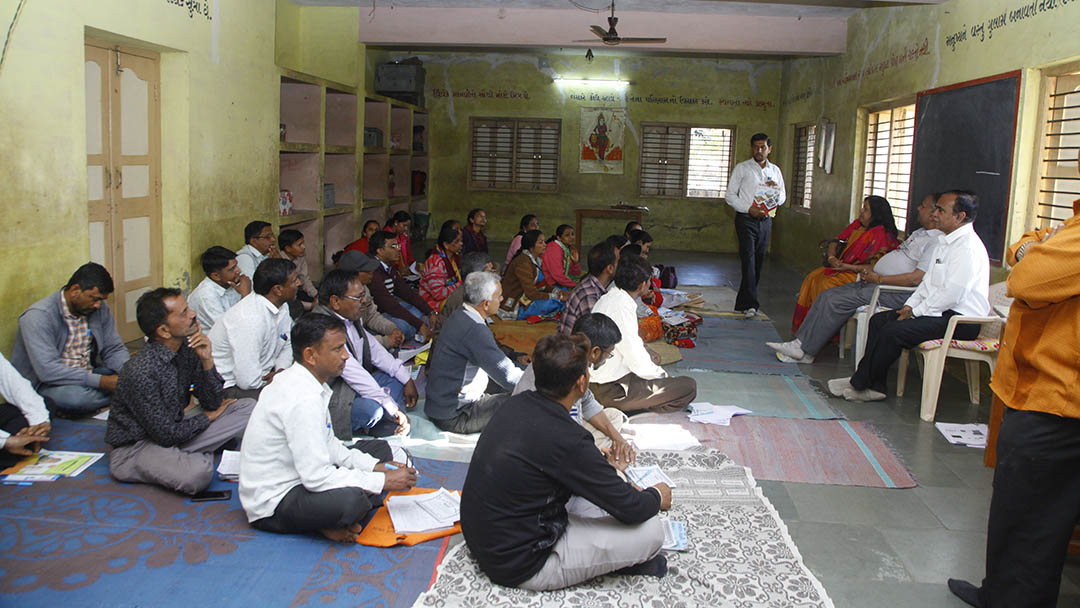 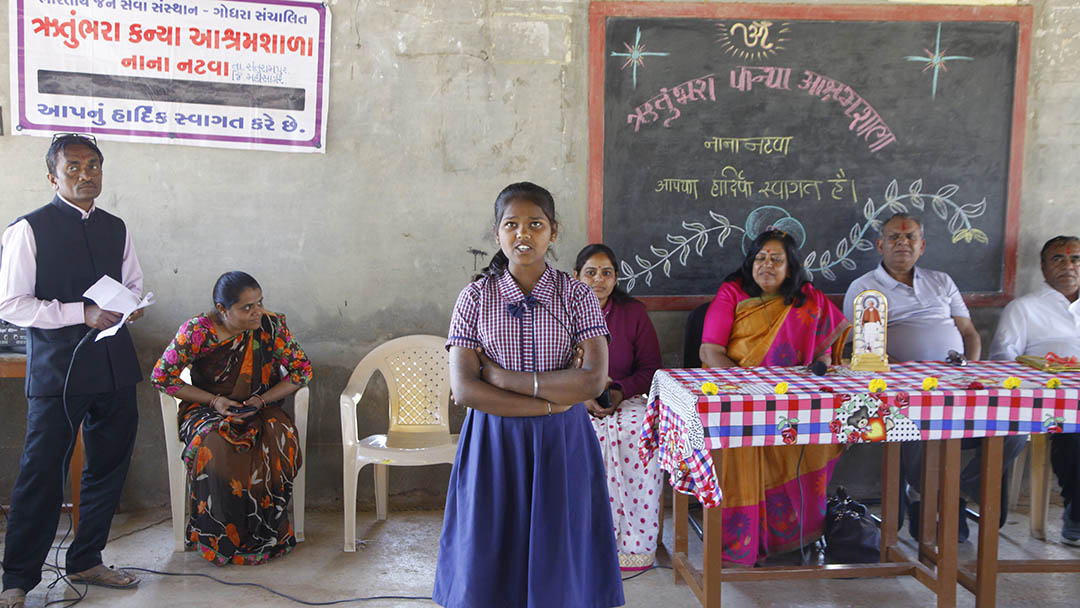